Who has experience with this climbing variety?,seen some lovely examples in local nurseries but heard they can be a little delicate/ Fussy to grow, the flowers look stunning on large plants.
Top

My plant is one of Neil Tresseders original introduction from the 1980's and was one of the first to start flowering, something it has done reliably ever since, so we have had it over 30 years now, the flowers come out of large buds, quite unlike other Hydrangea, they are strongly scented, similar to H petiolaris.
When happy its a bit of a beast with stems as thick as my arm, but I love it! its one dislike is probably wind exposure where you can find "Evergreen" becomes "Ever Tatty"

It will be slow to get going unless well watered when young. 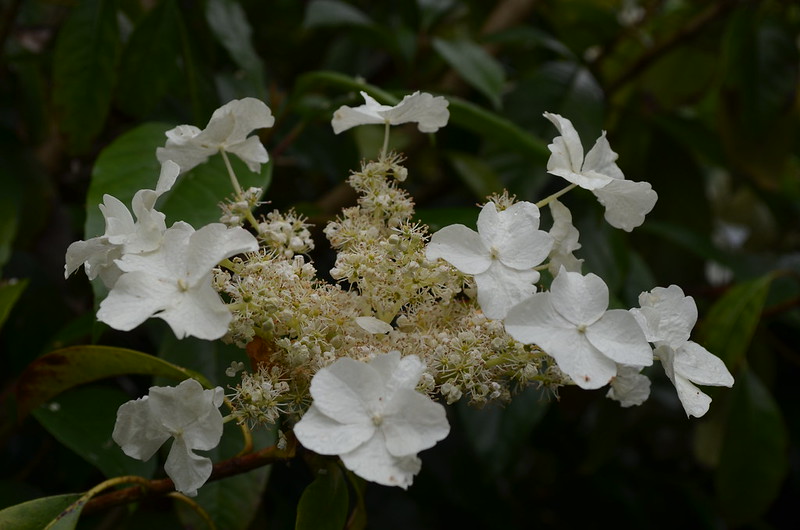 Here is mine covering the outside loo 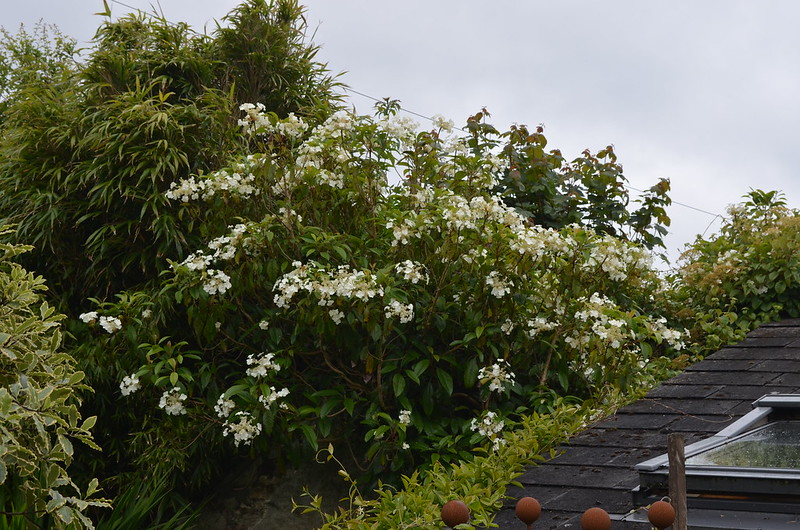 Never grown this when I was satisfied with Petiolaris for many years. That, too, could be fussy and dramatically collapsed and died inexplicably in the middle of the hot dry summer of 2003.
Top

Hi Karl, from what Charlie replied I am beginning to wonder if I'm growing the same plant!!!!!! I have 2 I bought about 10 years ago, but due to a change of plans I never managed to plant them out then. One is still in a pot and the other I planted in the garden about 2 or 3 years ago. The one thing I can say is they are so s l o w. although It say this in most of the descriptions I have read. I am wondering if mine is extra slow because I grow them on sand (beach). Were I am on the Welsh coast it is almost as windy as Cornwall! Mine is planted on a north facing house wall but I don't get any wind damage, but mine is planted between two bay windows which may afford a modicum of protection. I also have a Cordyline Indivisa planted next to it. Neither of mine has yet attempted to flower. I hope this helps.

Hi Jas, in between writing I have done a little more research and decided to go for the petiolaris form. I bought two well established 3 litre pots for £14 so although known to be slow i'm not to fussed, they both prefer moist soil conditions so that maybe your problem jas?.
Top

Hi Karl not posted for years used to post on the good old uk oases got a bit fed up with spending loads of money on plants that had no chance surviving in south east England started buying plants I really like rather than plants I think I should like . Started buying hydrangeas a what a fantastic range of plants got about 20 so far
Top
Post Reply
6 posts • Page 1 of 1