Recieved a Cycas Revoluta yesterday off E-bay and it has 3 pups attached.One of them`s actually bursting out of the side of the pot. i`ll post some pics of it tomorrow, not had time yet as working silly hours. Does anyone on here have any experience with removing these? Do they remove easily or is it quite dangerous for the mother plant.Also, how likely are they to survive once removed? Any advice?
Top

be careful,roots snap like yucca roots then take forever to re-root. id leave them on,they will be sure to have a better survival rate undetached.
dont think it would harm the mother in answer to your question though.

Just been reading this site and it seems to state that removing cycad pups is quite easy and it even shows pics of planting a cut off pup into a seed tray with hardly any roots attached to it. Always a bit dubious about doing things like this though until i`ve heard first case accounts. The way i`m thinking is i could get 4 Cycads for the price of one and leave the mother plant as a single stem specimen. This is my first Foray into growing Cycads so i`m a bit clueless with them so far. After getting delivery of this one though i think i`ve got the Cycad bug!

They`re so tropical looking, i can see me ending up with quite a few of these!

Be cautious Andy, I tried something similiar with a Dioon once, result was the mother plant succumbed to a fungus that got in through the wounds where the pups were separated and the pups languished as little things in a pot for a few years until I gave them away.

Id stick with an impressively clumping cycad rather than trying to separate.
Top

Ok. Cheers for the input Sean.

I`m going to leave it as it is. Sounds more risk than it`s worth.I always respect others opinions on this site. Sorry to hear bout your job loss by the way. These are worrying times. But like others have said on your job thread - Your a very intelligent clued up guy. I`m sure u`ll be ok. i`ve had similar shi-t happen to me and i`ve always found - when one door closes - another opens. Just stay positive mate.

I was going to ask the same question..
Mine cant be squeezed into its new larger pot, cos with pup, it has already outgrown the space.... 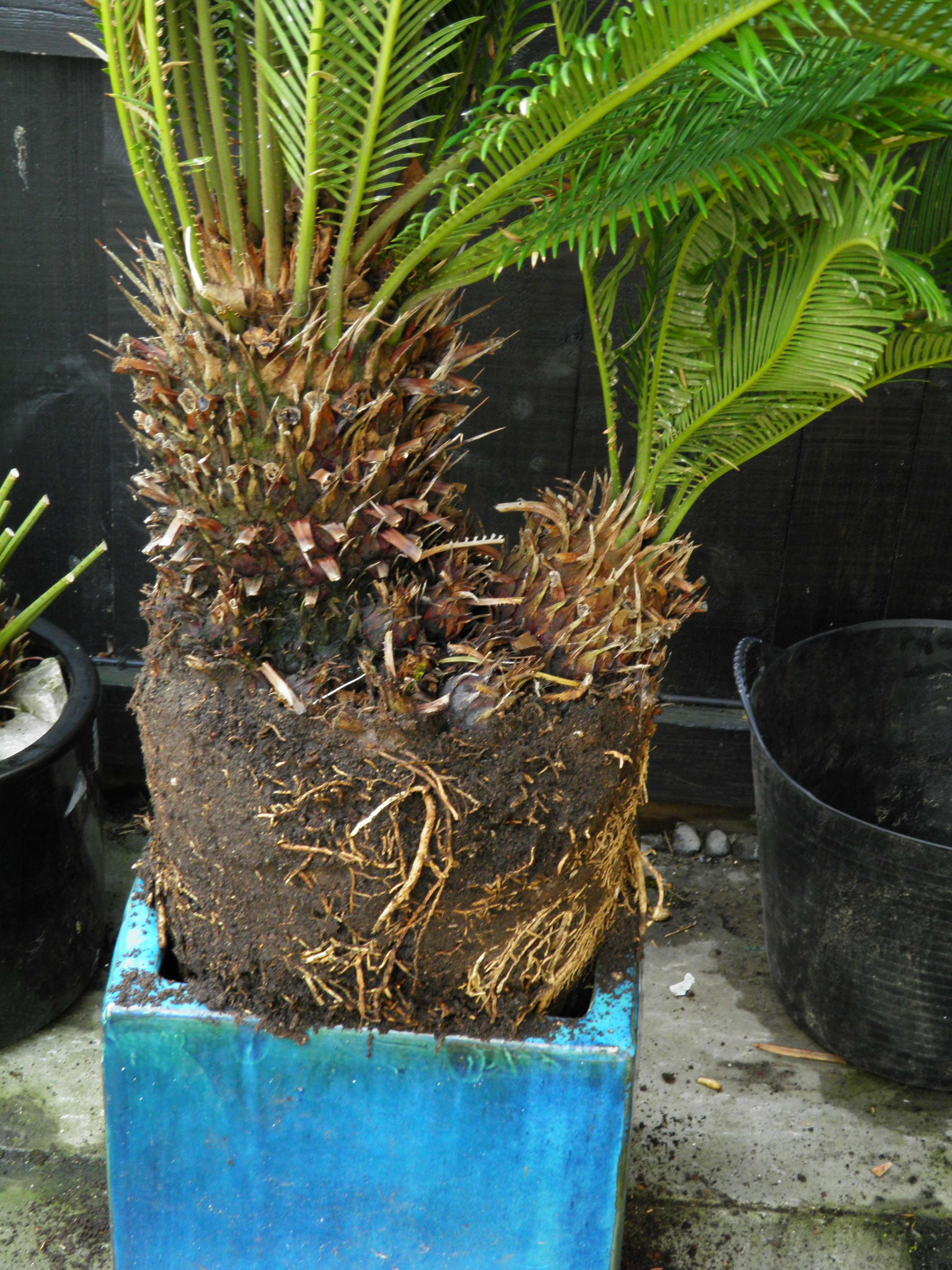 Impressive looking Simba. Is there a different between separating those which have developed their own roots and those which haven't? Looks like on simba's picture, the pup has its own root system there.

Simba wrote:I was going to ask the same question..
Mine cant be squeezed into its new larger pot, cos with pup, it has already outgrown the space....

I'd leave it as it is personally, or even add a third, then get another pot.

Nigel Fear wrote:I'd leave it as it is personally, or even add a third, then get another pot.

I would like to leave as is, I would also like to keep in a pot...
Trouble is, I can't find anything large enough....

Make one from wood and paint it black....line the indside
AKA - Martin

I am thinking that's what I am probably going to have to do, but then, I might just as well plant it out....

Only other tub I can think of thats large enough would a half barrell, but I dunno if they would be suitable...

I can give you my experiences with removing pups. I used to just remove pups with a root or two and had pretty good success but they would be slow! I then read about another method used by a cycad grower and started using that several years ago. He recommended removing the pups and and then sawing off the bottom of the pup to form a flat base (even if it had roots!). He would then dust the bottom of the pup with rooting hormone and place in pots. The idea is it gives a larger surface area for new roots to form. This method went against every thing I had ever done, but has been so successful that it is the only method I use now! I have never had any adverse effects on the mother plant,however they are all planted in the ground in well-drained soil. In wetter climates fungus could be a problem.
Top

Here is what you are looking for. http://www.rhapisgardens.com/sagos/sagopups.htm

Dunno if food-for-thought but my daughter knocked up some planters a couple of Summers ago. Its 3-sides-of-a-box and just pushed around a planter to make it look smart. We've made some wooden planters to fit (I have several "round the back" and bring them out in-season - we've got Tulips in front of the house at present), but you could have an ugly plastic pot "Hidden" by the tub-cover. She made it out of 3-ply and got some cheap mouldings from B&Q and stuck them on, then slapped some black paint on them.