I have tiny critters on my banana plant - all white ones on the top side of leaves, and green ones on the underneaths; great!

I have a multipurpose insecticide here, but this is a young plant with tender fresh leaves. Will the spray ruin the leaves?

Thanks Eddie. I shall have to try I think. We had heavy rain (yay!) for 3 hrs today and the blighters haven't budged!
Top

Are they just white and greenfly? Surely just a hose of water will get rid of them? I don’t think that insecticide will harm Musa or Ensete.
Top

Welcome to forum Tara.
If the white ones on top are not moving then they are dead greenfly. if moving when you touch leaf then probably white fly and green fly under.if you don't want to use insecticide (which wont harm the plant)then what I use is a solution of washing up liquid(or soap) and spray this on them this will remove them.

Jim
I'm older than yesterday but younger than tomorrow
Top

And thank you for the welcome

Does the soapy water kill them or just wash them off? Rain was heavy today and they haven't moved. If anything, there's more of them.
Here's some pics ... 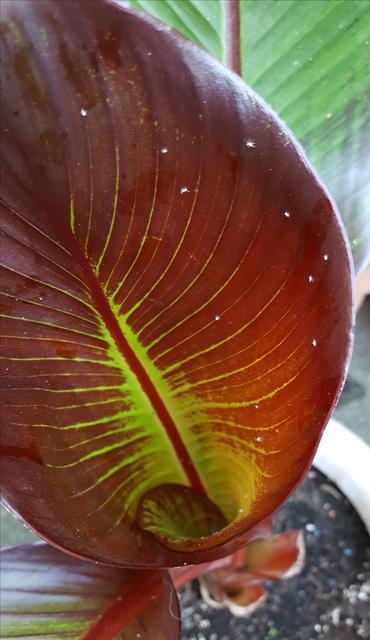 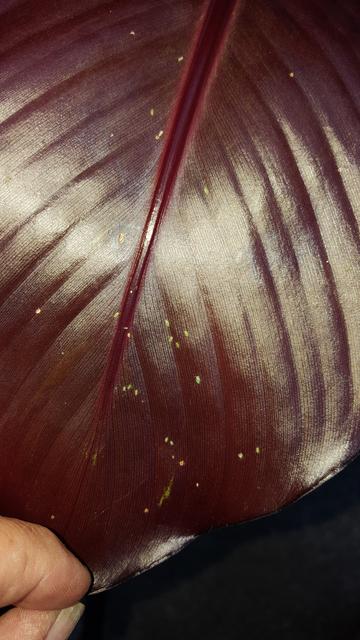 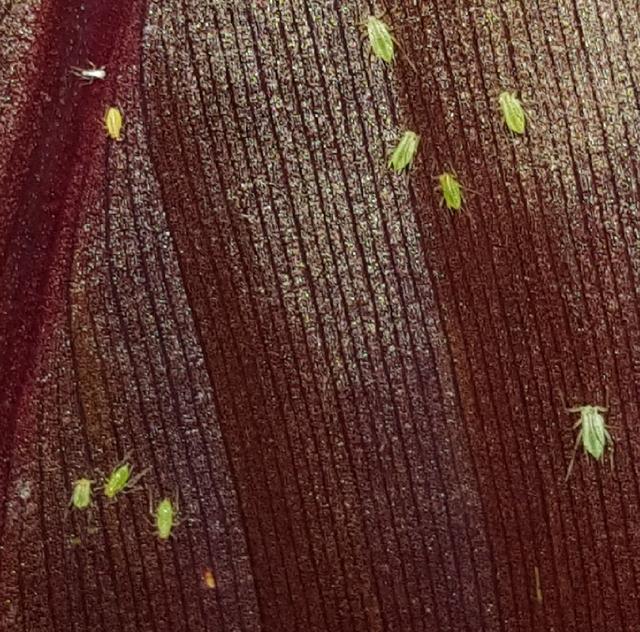 the aphids are unable to breathe under the layer of soap and therefore suffocate .
Jim
I'm older than yesterday but younger than tomorrow
Top

Thanks Jim. I'll try soapy water tomorrow with a fine sprayer to help stop the run off.
Top

Just my opinion but ive never had any luck with the soap and water approach or blasting them off.

I had aphids on everything BUT my banana funny enough but the only thing that did work was a heinous dousing of Bug Clear Ultra. I mean they were ALL over my Fatsia japonicas and millions on my bamboo.
Within two days they were gone and ive not seen them since! For £4 it was well worth it.
Top

EEEK bamboo affected! You wouldn't expect that. My bamboo seems ok, but my garden is full of the damned things, and for the first time, they are on plants they'd never normally touch. I've certainly never seen them on my banana plants before. I suppose I shouldn't moan as we haven't had flying ants yet

John There is no doubt BUG CLEAR ULTRA is very effective and would get the job done .I was just offering a organic alternative.

Jim
I'm older than yesterday but younger than tomorrow
Top

tatter wrote: ↑
Mon Jul 02, 2018 3:04 pm
There is no doubt BUG CLEAR ULTRA is very effective and would get the job done .I was just offering a organic alternative.

Ah for sure. As I said I hadnt had much luck, it takes a hell of a time to wipe them all and squish as many as you can so its quite depressing to come out a day later and see they have respawned

Yeah... at first it was my fatasia then i looked around and it was like the viel had been lifted, billions of them all over the leaves, ants bloody everywhere!
Now that they are gone its like they were damming up the bamboo as now its sending out loads of shoots, loads of new leafs and growth.
Top

John I have fatsia within touching distance of the banana, yet they haven't migrated thankfully. I have 4 musa basjoo and they are clear too. The pesky things must like the red leaves. 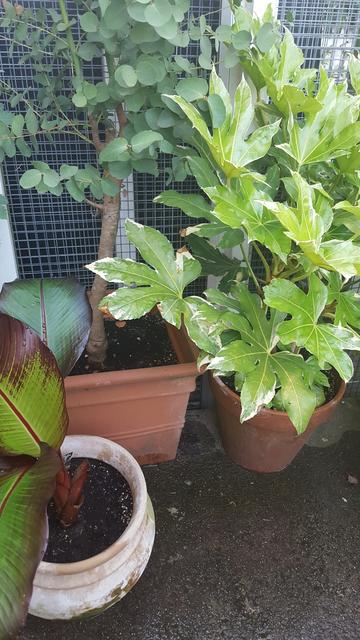