Contrary to what we all know of Cordyline indivisa's environmental sensitivities - I was taking a drive out in to the country the other day, which is hot and dry in Summer, out here gorse / pine trees and eucalyptus grows well and i came across a very surprising find ! and had to take some photos with my phone.
I would have never believed i would find a Cordyline indivisa growing in the full hot country sun and fully exposed to the dry hot fohn winds that blast across the Canterbury plains.
Now the plant looks a mess and the leaves are burnt from the 30°c days during summer, but it is alive and looks like it has been there for quite a few years. 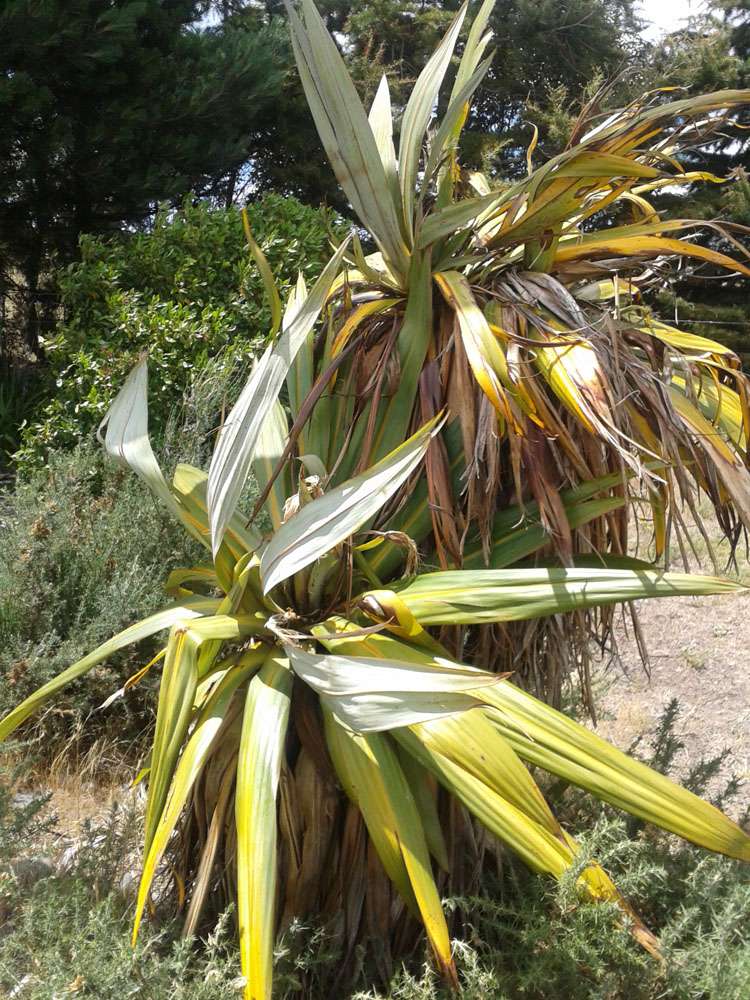 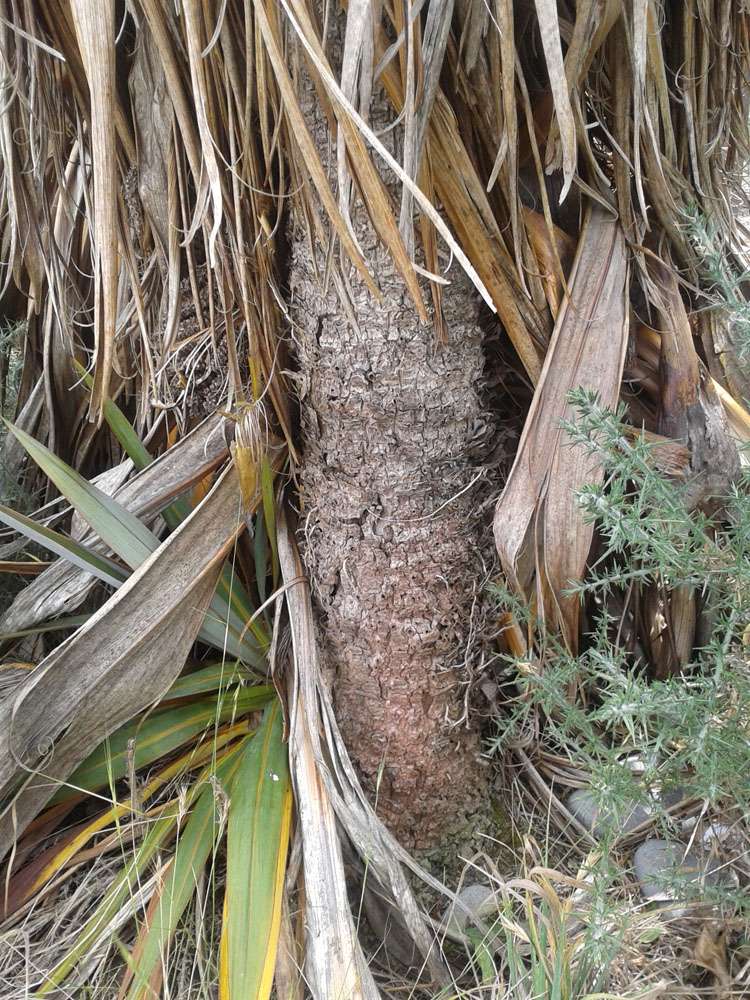 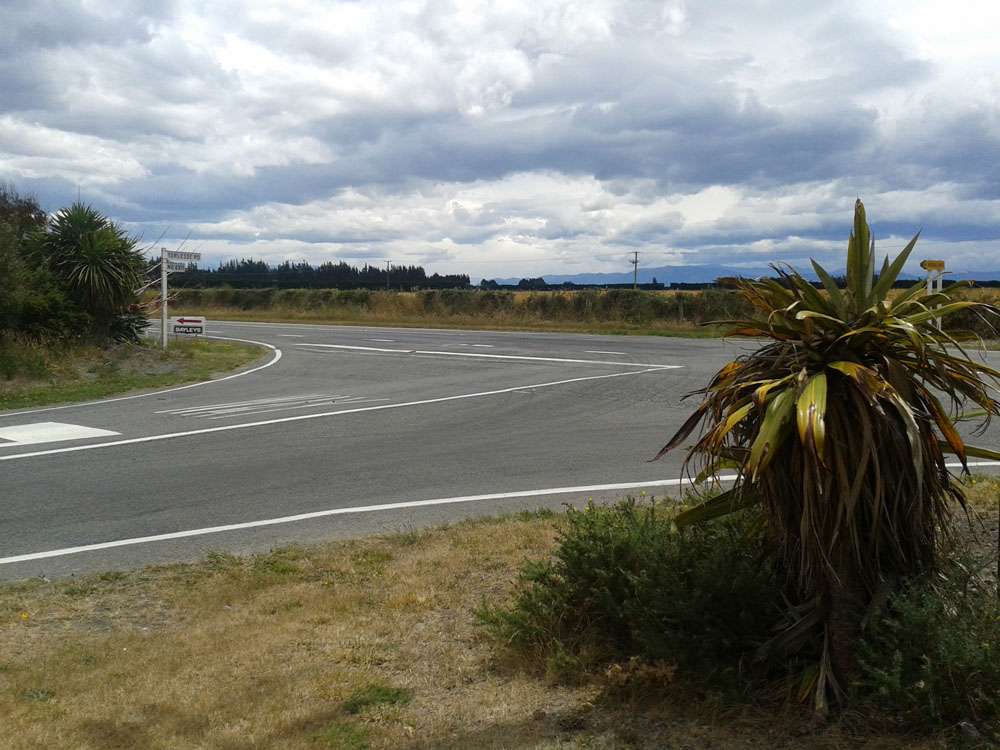 That is one real tough plant! Thanks for posting the images.
Top

For insurance have brought one of my seedlings inside.

I've had mine almost 2 years now, it was a teeny plug when i bought it and now its about 18" high.
I repotted it once, about 14 months ago now.
It's always been wobbly, I'm just waiting for it to keel over but it looks healthy enough.

I may plant it this year, if not its going into a big pot.
Top

That plant in New Zealand looks like it has survived a lot - tough little chap! Perhaps living in the NW Highlands, mine needed a bit more summer warmth. They didn't bulk up much in the past 2 summers so they probably didn't have any reserves when winter hit.
Top

Yeah - it looks like it has been to hell and back !
It can survive in a wider climate range than was originally thought.
Obviously this climate is not the best for the plant, and would prefer cooler temps. ( But i was very surprised to see it growing here ) - Problem is now, what is really causing this species to suddenly keel over without notice ???
Top

I had three in pots, one has since died.

Needs well drained soil, but in a sheltered shady spot I reckon, so it stays moist, never gets too dry or waterlogged and never gets roasted by the sun.
Top

A real puzzler here MikeC - I thought that was exactly what I had provided. A bit tricky here I admit but maybe I should have kept them all under cover until they had at least 18 inches of real trunk rather than just under a foot. I am left scratching my head as I though that I had got the balance right. My australis and sort of hybrids with wide leaves but definitely not true indivisas seem quite happy but true indivisas seem decidedly fussy. Perhaps I should plant them upside down so they think they are in the southern hemisphere.....

During my trip to Cornwall last week I visited Treseders Nursery. He has some young ones for sale on ebay right now
http://www.ebay.co.uk/itm/Cordyline-ind ... 19db9d0b0e I bought three of them as they looked like good strong plants. P.S. My Indivisa is still growing well in a pot, protected only during the harshest of weather last Winter. Incidentally, the grower blames Indivisa failure to root disturbance.

My Indivisa (brown leaves are Aspidistra)

Mines doing great too. Growing well and looking really well.
The rocking was solved by using stones around the base.

I'm scared to repot it in case it goes downhill.
Top

Yes, being root sensitive makes sense. When I visited Hardy Exotics last year, there was a good sized C.I. in a pot doing really well, the reason being that it had rooted through the pot into the ground. They have moved it, thus severing the roots and it does not look very happy at all. I bought mine last April, potted it on, and it did well. I removed it from the pot to inspect the root growth (which was good) and placed it back into the pot. Very soon afterwards I lost 4 leaves and the roots also died back. I removed the dead roots and re potted and (so far) all is good. I will persevere with attempting to grow this plant as I is rather beautiful and in my opinion, the best looking of all Cordylines.
Top

Come on! I cant believe no one is growing Indivisa n this forum.

Well I'm pleased to say that mine came through last winter totally unscathed, making that a total of two winters it's now come through. During those bitter easterlies, I staked down an empty compost bag over it.

It was a small plant when I put it in and it's still only small but looking really healthy. This species seems to be much slower growing than australis.
Top

I had mine from 2003 after some previous failures. This one was promising as I thought I would lose it in the fierce heat of the summer that year and I kept it healthy by keeping it in its pot in a shady side passage. I planted it out the following year and it grew VERY slowly but remained healthy, surviving Narnia until it appeared to perish from possible drought in my absence in the early summer of 2017. I recorded it's apparent demise on a thread "Is this the slowest Cordyline Indivisa death of all time?" subsequently losing this in the HTUK crash.

I am watering the spot regularly in the hope of a miracle but so far it still seems to be 'trapped in the Nexus'!
Top
Post Reply
31 posts

Return to “Palms (including Cycads and Cordyline)”