I've done this thread because the outlook at the moment, most resembles 1974. It was an interesting comparison; although look away if you are of nervous disposition. I'n using Bidston weather record because they some of the most complete historic weather records, and I'm most familiar with them.

The April and May of 1974 were largely dominated by high pressure over Greenland feeding in northerly and easterly winds; so it was often wet and cool. It bore somewhat of an uncanny resemblance to this April, and projected May.

As you can see pretty cool and Arctic high pressure dominated.

Going into May there was little change, with high pressure over the Arctic, and easterlies or northeasterlies dominant; there was however a few short warm spells within the month.

7th May was often cool and cloudy, despite high pressure ruling.

By the 18th May, there was a short warm spell, although it didn't last long before Arctic blocking resumed again for the last third of the month..

Into June and a pattern change occurred, we moved away from the Arctic high, and into the realm of the Azores high, which gave us some warm, sunny weather.

As we left June and went into July, we stumbled upon possible one of the coldest July's of recent time at that point; no words could utter how poor that July was for most; the top temperature that month in Bidston was just 20.4C, this is actually on par with the average one would expect in July.

Chart for the 17th.. note the Arctic blocking had gone but the jet was south of the country.

August was a slightly better month that July weatherwise, but it wasn't special by a long shot. It was a mixed month, pretty much what would be expected from a summer month; the charts for the 6th and 17th August show this well.

Overall August was actually pretty dry, in comparison to the previous month; there was ample warm spells; mostly for the south of the country; that said the temperatures at Bidston were nothing special for the month finishing up at 22.3C on the 6th August.

Some stats of Bidston for the Spring and summer of 1974.

Overall a cool summer, but not the coolest on that decade. Although the annual mean was 9.7C which at the time ran around average. One of the coldest annual means on record occurred in 1970's, 8.9C in 1979. The coldest mean on record still stands at 8.7C in 1963.

The plus about this year, was that winter never visited; 1974 and 1975 didn't get a temperature below -2C, in fact the next time the temperature was truly cold, was in the infamous year of 1981 when it went below -10C.

If I start to see kids dressing like this then I'll start to worry: 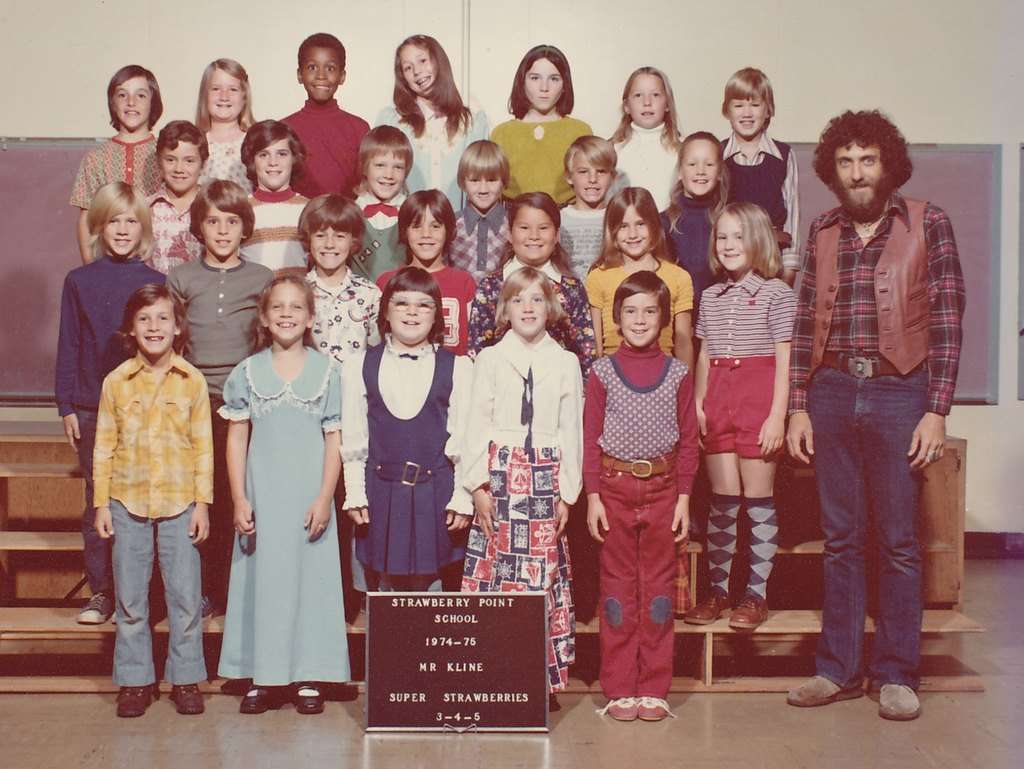 Comparing weather trends from almost 30 years ago seems a little strange to me, it's not like we're stuck in a pattern.

Weather is as changeable as fashion, thank goodness!

And where are those 1974 charts from?? Isn't that about 10 or 15 years before the detailed weather satellite observations became available for making them?
Top

As I said Stephen slack weather CAN bring long hot summers, june certainly was a signal for that and if that had continued it would have been a long hot summer.
Top

Well, I find it of interest, Stephen

Although 1974 was pre-exotic for me, I remember that as being the most miserable spring and summer I can ever recall and haven't experienced a time to match it since. I was glad to leave it behind for a couple of months in the heat of California. However, I paid for my sins by returning mid-October to snow

I got off the plane mid-afternoon at Gatwick airport in a blizzard of wet snow and a temperature of 3c. The following day I drove to visit friends who lived high up in the Surrey hills outside Haslemere and there was lying snow everywhere. My memory of that means I think you should have included Autumn in the title of your thread as well

Whenever I think about the weather in my garden for the coming summer, 1974 is the benchmark for how bad it can be. (Much prefer to fantasize over the following two summers and 2003

I missed that year in the uk as I was working in Australia at the time?

But i do remember my mother writing to me and telling me what an awful year that was.

I think it was that year that on one day in May here in southampton had a maximum temperature of only +4c with sleet falling.

I hope thats not an omen for this year as its very cold outside today.