There is great beauty in something simple and minimalistic, but when it comes to the passion flower that rule goes out the window! They are complex, exotic, vibrant and overwhelmingly fascinating - The many frills and filaments draw in the eye and providing endless entertainment! Or perhaps you think them nauseatingly garish? Either way they are certainly one of my favourites... 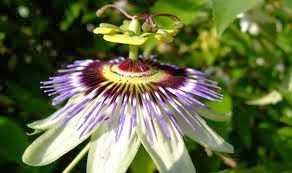 I remember the first time I saw a passion vine, I was in an unheated greenhouse at Halecat nurseries (years before it was redeveloped) where one sad, straggly looking specimen clambered about in a forgotten corner. However it did bear a number of resplendent blooms, which were all the more notable what with the stark contrast to its tangled mass of unkempt stems, but how could this plant possibly be hardy? It was so exotic and unlike any of the other flowers in my garden. This was one of the most commonly grown species - Passiflora caerulea, or, in plain English; the blue passion flower. 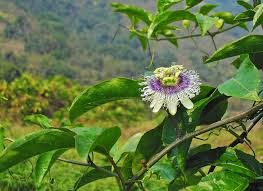 The name derives from the passion of Christ. The pointed leaves represent the holy lance which pierced Jesus as he hung from the cross, held in place by three nails; which are represented by the three stigmas. These five wounds are also symolised by the five anthers which protrude just below the three stigma. The whip-like tendrils represent the flagellation of Christ. The chalice shaped ovary represents the holy grail, and the frill of filaments which encircle the flower represent the crown of thorns. Whether you are religious or not it is certainly fascinating how this plant was first interpreted. 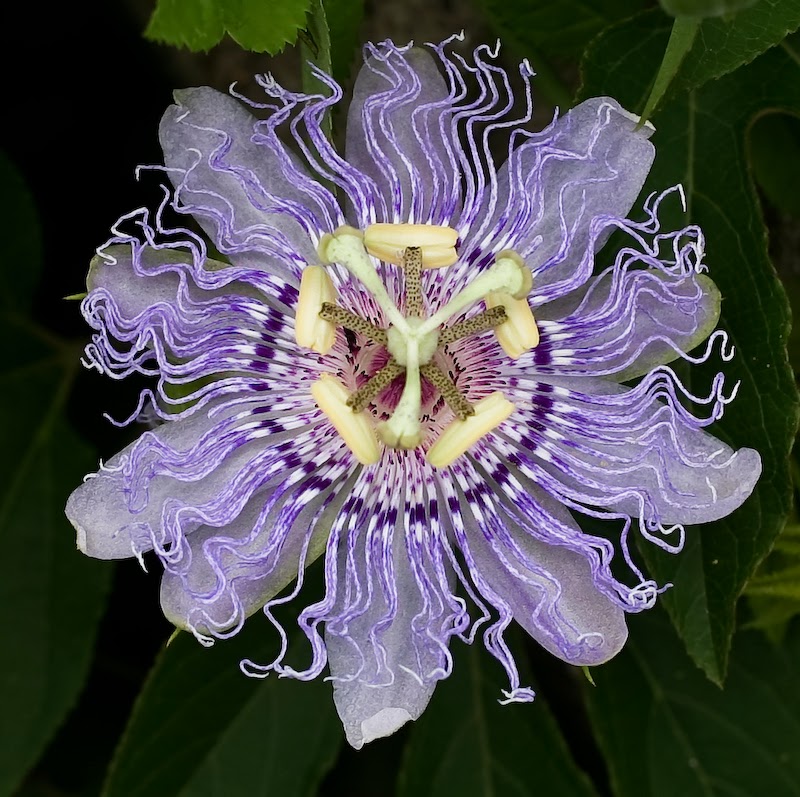 With over 530 species and countless cultivars, there are a great range of different colours, textures, and forms available, all with there own unique character and charm. Some of them are similar in appearances to Passiflora caerulea or incarnata, and some are wholly different, but each has its individual twist. With prolific radial filaments, stunning colours, and exotic, almost alien like form, a rich tapestry of floral delight can be painted with these vivacious vines! 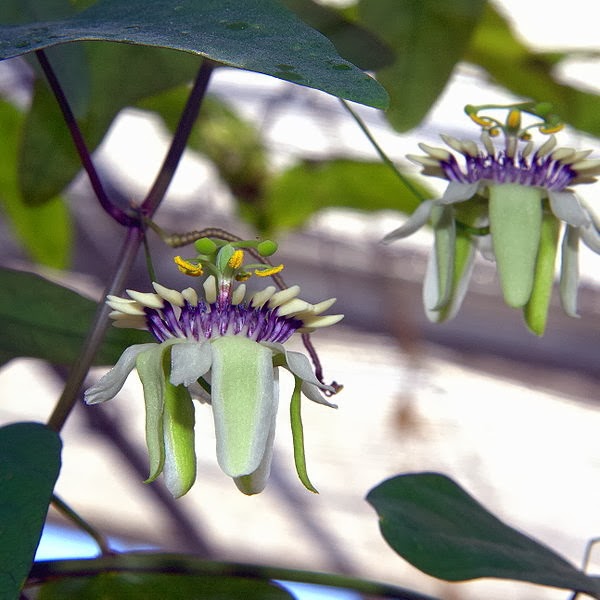